The Board of Vesuvius plc (the ‘Company’) is responsible for the Group’s system of corporate governance and is committed to maintaining high standards and to developing governance arrangements to comply with best practice. 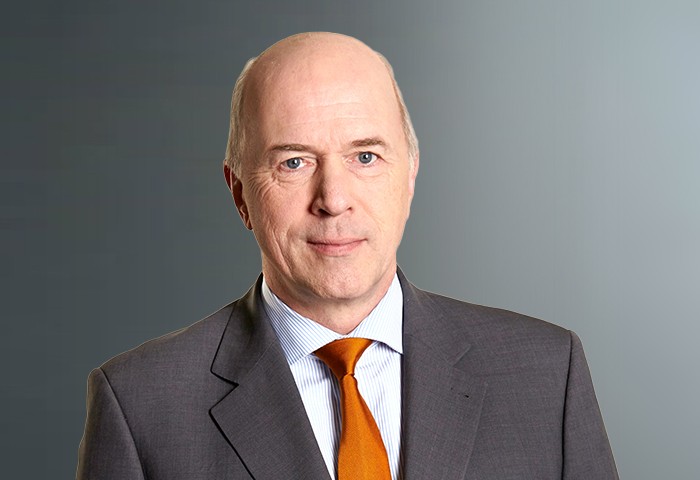 Carl-Peter Forster was appointed as an independent Non-executive Director and Chairman designate on 1 November 2022 and will succeed John McDonough as Chairman of the Company on 1 December 2022. Carl-Peter has spent the majority of his career holding senior leadership positions in some of the world's largest automotive manufacturers, including BMW, General Motors and Tata Motors (including Jaguar Land Rover). Since he stepped down from Tata Motors in 2011, he has served as a director on a wide variety of public and private company boards, including IMI plc from 2012-2021, Rexam plc from 2014-2016 and Geely Automotive Holdings, Hong Kong, as well as Volvo Cars Group from 2013-2019. Carl-Peter has a significant breadth of corporate experience, in both an executive and non-executive capacity. His deep engineering expertise and his proven capability in leadership roles will provide great value to the Board and to the wider Group.

Other appointments: Carl-Peter is Chairman of Chemring Group plc and Senior Independent Director at Babcock International Group plc. In addition to his public company commitments, Carl-Peter currently holds directorships with a number of smaller private companies.

John was appointed as a Director and Chairman of the Company on 31 October 2012. John was group Chief Executive Officer of Carillion plc, the support services and construction firm, for 11 years until he retired in 2011. Prior to joining Carillion he spent nine years in the automotive systems division at Johnson Controls Inc., initially in the UK, before moving to become Vice President of the division’s European operations and ultimately moving to Singapore to develop the business in Asia-Pacific. He returned to the UK as Vice President of the integrated facilities management division for EMEA. He served as Chairman of The Vitec Group plc from 2012 to 2019 and Chairman of the Remuneration Committee of Tomkins plc from 2007 to 2010 and Chairman of Sunbird Business Services Limited from 2014 to 2022. John has a strong engineering background and considerable international commercial and listed company experience, which enable him ably to lead the Vesuvius Board. John was awarded a CBE in 2011 for services to industry and is a British citizen.

Other appointments: John is a Non-executive Director of Cornerstone Property Assets Limited.

Patrick was appointed as a Director and Chief Executive of the Company on 1 September 2017 having joined the Group as President of the Steel Flow Control business unit in February 2016. Patrick has had a long global career in the steel industry and, prior to joining the Group, served with Lhoist company, the world leader in lime production, where he held the positions of Executive Vice President Strategic Growth, CEO Europe and CEO for Asia, CIS and Africa. Prior to this he worked at ERAMET group, a global manufacturer of nickel and special alloys, where he was CEO of the Nickel division then CEO of the Manganese division. Patrick showed significant drive and energy in strengthening the Flow Control business and he brings to the Board this commitment, together with his industry experience, strategic vision, constant customer focus and proven record of delivery that will enable him to lead the Group in the next stages of its development. Patrick is a French citizen.

Click here to read more about Patrick's experience and vision for Vesuvius.

Guy was appointed as a Director and Chief Financial Officer of the Company on 1 November 2015. Prior to joining the Group, from January 2011 to October 2015, he served as Chief Financial Officer of Tarmac and latterly Lafarge Tarmac, the British building materials company. Guy held a number of senior financial and business development positions at Anglo American plc from 1997 to 2010, including the position of CFO of Scaw Metals Group, the South African steel products manufacturer. Guy is qualified with the South African Institute of Chartered Accountants and brings to the Board a wealth of financial and operational insight gained through his extensive international experience in the mining and industrial sectors. Guy is a British and South African citizen.

Douglas was appointed as a Director of the Company on 2 April 2015, and as Senior Independent Director and Chairman of the Audit Committee at the close of the 2015 Annual General Meeting. Douglas has significant financial experience, having served as Finance Director of IMI plc, the global engineering group, from 2006 to 2015. Prior to this, he held a number of senior finance and general management positions at GlaxoSmithKline plc, which he joined in 1983, previously having worked at Price Waterhouse. His career has included several years working in the US and significant experience in European businesses as Chief Financial Officer and as Operational Managing Director. Douglas served as Senior Independent Director and Chairman of the Audit Committee of Tate & Lyle plc until July 2019 and as Chairman of Countryside Partnerships PLC until November 2022. He is a Chartered Accountant and a highly knowledgeable corporate and operational finance professional bringing significant US and European experience as well as general management and financial leadership experience. Douglas is a British citizen.

Other appointments:Non-executive Director and Chairman of the Audit Committees of Hikma Pharmaceuticals PLC and the British Standards Institution.

Kath was appointed as a Director of the Company on 1 December 2020 and as Chair of the Remuneration Committee in May 2021. Kath has more than 30 years' Human Resources experience, with a strong operational and strategic track record, gained at a number of large global manufacturing companies.  As well as working at GlaxoSmithKline plc and AstraZeneca plc she has served as the Group Human Resources Director of Rolls-Royce plc, and was most recently Group HR Director of Ferguson plc and Chief HR Officer of CRH plc. She served as a Non-executive Director and Chair of the Remuneration Committee of Renishaw plc from 2015 to 2018 and of Calisen plc from 2020 to 2021. Kath is a UK citizen.

Other appointments: Kath currently serves as a Non-executive Director and Chair of the Remuneration Committee of SIG plc.

Dinggui Gao was appointed as a Director of the Company on 1 April 2021. He is an Operating Partner of CITIC Capital Holdings Ltd, the Chinese alternative investment management and advisory company. Dinggui has nearly 40 years of strong operational experience driving performance at a range of multinational companies including Bosch, Honeywell, Eagle Ottawa and Sandvik AB. He latterly served as Managing Director, China of Formel D Group, the German global service provider to the automotive and components supply industry, joining the company in 2017 and stepping down at the end of October 2021. He has a proven track record of leadership and international commercial experience. He strengthens the Board with his strong focus on technology, and his in-depth knowledge of Asian markets. Dinggui is a Chinese citizen.

Friederike was appointed as a Director of the Company on 4 December 2019. Friederike is a Partner of Cevian Capital. She joined Cevian in 2008 and from 2013 to 2017, served on the Board of Directors and the Audit Committee of Valmet, a Finnish Engineering company, in which Cevian was also invested.  Prior to joining Cevian, Ms Helfer worked at McKinsey & Company.  She holds degrees from Massachusetts Institute of Technology and from Vienna University of Technology and is a CFA charter holder.

Other appointments: Friederike is a Partner of Cevian Capital and a Non-executive Director of the Supervisory Board of thyssenkrupp AG.

Jane was appointed as a Director of the Company on 3 December 2012 and as Chairman of the Remuneration Committee in June 2013. Jane spent a large part of her executive career working at Gotaas-Larsen Shipping Corporation, the liquefied natural gas shipping specialist which was listed on both the London Stock Exchange and NASDAQ. She served as Chief Financial Officer from 1988 to 1992, and as Managing Director until 1997. In 1998, Jane was appointed Managing Director of Navion Shipping AS, a company majority owned by Statoil, the Norwegian multinational oil and gas company, a position she held until 2001. She served as Chairman of Teekay GP LLC until May 2019, as a Non-executive Director and Chairman of the Remuneration Committee of Premier Oil plc until December 2019, and was also previously a Non-executive Director of Revus Energy ASA, a Norwegian oil exploration and production company. Jane is a Chartered Accountant and has strong experience gained in the shipping industry of working with highly international teams. Jane is a British citizen.

You are here: Home Who We Are Board of Directors